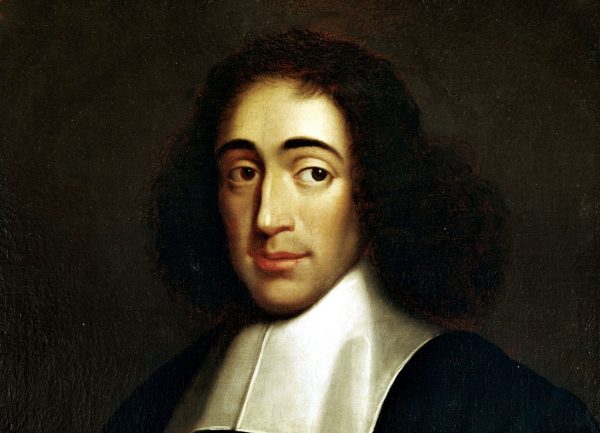 Along with several other important thinkers, Baruch Spinoza laid the principles of the Enlightenment and of the contemporary ideas regarding the state and democracy. This collection of Baruch Spinoza quotes will put you on a thinking track that can give birth to new ideas.

Without losing his spirituality, this 17th century Dutch philosopher of Sephardi/Portuguese origin expressed criticism in the way the Bible used to be interpreted by considering it should be analyzed as an important book of scientific knowledge instead of one of “truth by revelation”.

His work is also important for the adoption of a new human relationship of nature, as he believed that nature is everything. Nowadays, with regard to climate change and the questions posed by it, Spinoza’s quotes acquire a new meaning and can help to bring people and other living creatures closer together in nature.

Baruch Spinoza Quotes about God, Eternity and the Universe

Best Søren Kierkegaard Quotes About the Passion for the Possible

150 Seneca Quotes (That May Help You Reevaluate Life)

Harvey Bernard Milk (1930-1978) was one of the first openly gay elected officials in the United States. Our carefully collected […]

Freedom is the power to think, speak, act and live as we want without undue or unjust constraints and although […]

The 4th President of the United States was an American statesman, diplomat, and Founding Father. A close adviser to President […]

An outstanding jurist and the second woman ever appointed to the U.S. Supreme Court, Ruth Bader Ginsburg trail blazed through […]

When trying to write about Ariana Grande, one word comes directly to the mind and sums up everything: phenomenon. The […]

Characterized by a direct and lucid prose, uncluttered from literary devices that seek to please or entertain, George Orwell, was […]

How many possible words and phrases are there to express love and romance? And how many more manners and gestures […]

Quiet spoken, with an amiable smile and an elfin like quality, Eckhart Tolle is the author of international bestsellers “The […]

Class struggle, class consciousness, alienation, communism – and the face of Karl Marx in numerous posters in teenagers’ and students’ […]

At the age of 12 he tamed a wild stallion, Bucephalus, that later became his beloved companion in battle, and […]

Born in 1452, in Anchiano, Tuscany, Leonardo di ser Piero Da Vinci was best known for his paintings of “Mona […]

Truly adorable and friendly, Leo Buscaglia, aka “Dr. Love”, was the kind of person you could hang out with and […]

Slim and soft-spoken, endearingly warm and witty, with an enviable knack for captivating the interest of his audiences during his […]

How can a sickly boy, suffering from asthma, rickets and rheumatic fever, transform himself into an accomplished gymnast, a wrestler […]

With his simple, unpretentious writing style, characterized by an unfiltered, punchy honesty and violent and sexual imagery, Bukowski managed to […]

Born in 1910 in Hall, Indiana, John Robert Wooden, aka the “Wizard of Westwood”, was an American basketball player and […]

Rhetorically charismatic and with a neat appearance, Peterson engages with an incredibly broad range of topics ranging from philosophy, religion […]